2. ONE TRACK MIND
Men tend to excel better at singular tasks while women are better at juggling a number of tasks at once. This may stem from the primordial male role of the hunter who is fixated on a singular objective while the traditional female role of manager of the home forced her to juggle many tasks simultaneously.

3. SOCIAL INTERACTIONS
Women tend to perform better in social situations than men do. Men tend to excel at more abstract thinking and task-oriented jobs. Again, this may stem from the traditional gender roles whereby women had to work together to accomplish more complex tasks while men spent more time alone stalking prey.

4. DEALING WITH EMOTIONS
Women have a larger limbic system in their brains which allows them to be more in touch and expressive about their emotions. Men tend to be a little oblivious with emotions that are not explicitly verbalized. Men tend to be more logical in their thinking and dismiss information that is not directly involved with the issue they are tackling. Women tend to be much more empathetic and susceptible to emotions influencing their thinking.

5. DO THE MATH
Men tend to have larger inferior parietal lobules than women. This area of the brain is thought to control mathematical ability and processes. Men tend to do better with math because of this. This isn’t to say that there are not women who are great at math, but that men have a small biological advantage when it comes to math and logic based skills. 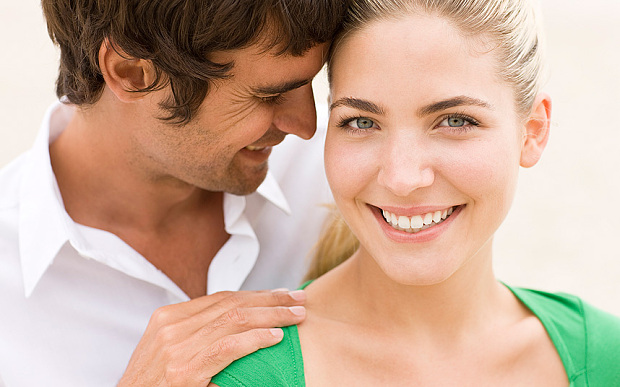 6. DEALING WITH PAIN
The amygdala is the area of the brain responsible for pain. Pain is activated in either the right (men) or left (women) hemispheres. The right side is more connected with external stimuli, while the left is more connected to internal stimuli. Women tend to feel pain more intensely than men do because of this.

7. LEARN LANGUAGES
Women tend to be better at learning languages and are more attuned to words and sounds. This may be why men tend to find it harder to express themselves verbally. It may stem from the increased demand on women over millions of years to cooperate and organize in order to manage large complex tasks.

8. WOMEN REMEMBER BETTER
Women have tend to have higher activity in their hippocampus, the region responsible for forming and storing memories, than men do. Studies have shown that women tend to remember faces, names, objects and events better than men.

9. ASK FOR DIRECTIONS
Men tend to have better spatial-reasoning skills and are better at remembering geographic details. They tend to have a better innate sense of direction and remember where areas and locations are. This ability most likely stems from their days as hunters when men had to navigate long distances without the aid of a map and compass.

10. RISK TAKING
Men tend to be more likely to take risks. Women tend to be more risk averse. Men get a bigger dose of endorphins when they take risks. The bigger the risk, the larger the pleasure derived from the risky behavior. Men may be specialized to take more risks because of early human’s need to hunt down food which may be larger, stronger and more dangerous than a single man. Hunting is also inherently dangerous as some predator may be stalking you while you are stalking another prey animal.

11. SEX
Men tend to be more visual in what arouses them, while women tend to be turned on by a combination of things like ambiance, emotions, scents as well as visual perceptions.

While equal, men and women have different biological strengths and weaknesses. These differences may stem from a very long period of specialization between genders. Humans have been hunter/gatherers much longer than we have been civilized farmers and tradesmen. This long period of adaptation to changing environments may be responsible in some small part for traditional gender roles based on biology and physical specialization. Men and women, while different, are complementary like a knife and a fork.