In a new round of testing, the nonprofit watchdog Environmental Working Group found the weedkiller glyphosate in all 21 cereal and snack products it sampled.

“All but four contained levels higher than what EWG considers protective for children’s health,” says Alexis Temkin, PhD, an EWG toxicologist and co-author of the new report, issued Wednesday.

Glyphosate is the main ingredient in Bayer-Monsanto’s weedkiller Roundup.

Monsanto took exception to the report and said its products contain safe levels of chemicals, well below federal limits. The FDA says its standard safe level of glyphosate ranges from 0.1 parts per million to 310 ppm.

The products meet the regulatory standards set by the federal Environmental Protection Agency, Temkin says, but the EWG believes that the feds’ “tolerance limits are too high to adequately protect children’s health.”

The EWG first tested oat-based products in August 2018 and then again in October. It did the latest round to see if there has been any shift in the market or if oat-based foods still contain levels that were present before.

In general, the watchdog group found no differences.

In a statement, General Mills spokesperson Mike Siemienas says: “General Mills’ top priority is food safety and has been for over 150 years. Most crops grown in fields use some form of pesticides and trace amounts are found in the majority of food we all eat.” 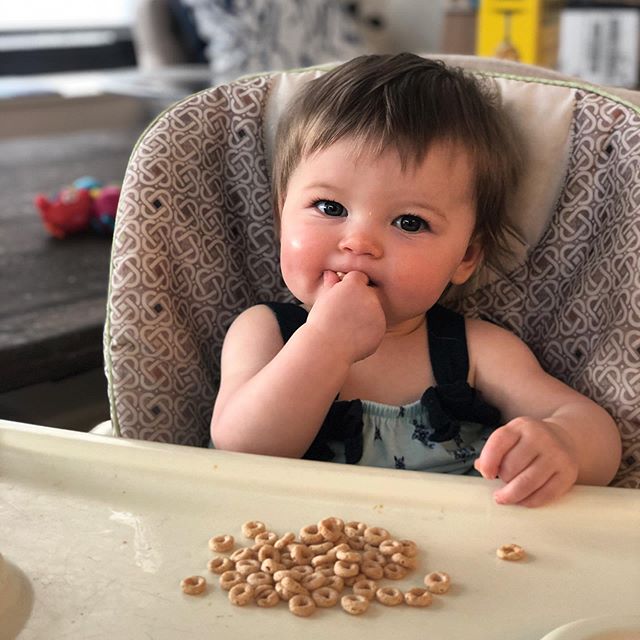 What the New Tests Found

In the previous testing, including 94 samples of oat-based foods, glyphosate was detected in all but two samples, with 74 samples at levels above the EWG’s benchmark of 160 parts per billion (ppb). In the latest testing, ”we did 21 samples; four we had previously tested and 17 were new,” Temkin says.

Honey Nut Cheerios Medley Crunch, made by General Mills, had the highest levels, with 833 ppb, and regular Cheerios had 729 ppb.

Temkin says the EWG benchmark for children’s health of 160 ppb is calculated on how much of a substance would result in one additional case of cancer in every million people over a lifetime.

The EWG bought the products via online retail sites, shipping about 300 grams of each to an independent lab to analyze glyphosate levels.

Are the levels worrisome or not? Experts disagree. The International Agency for Research on Cancer said in 2015 that glyphosate is ”probably carcinogenic to humans.”

The EPA says the chemical is not likely to cause cancer in people. In April, the EPA, while reviewing glyphosate, said it ”continues to find that there are no risks to public health when glyphosate is used in accordance with its current label and that glyphosate is not a carcinogen.”

Most crops grown in fields use some form of pesticides and trace amounts are found in the majority of food we all eat.
~ General Mills spokesperson Mike Siemienas

Glyphosate is a weedkiller and also helps ready crops for harvest. It promotes even drying so more of the crops can be harvested at the same time.

In recent years, some communities have banned the use of glyphosate. To date, three juries have awarded damages in cases involving the weedkiller and cancer. In May, a California jury ordered Monsanto to pay a couple more than $2 billion in damages.

Parents who are concerned can turn to organic products, Temkin says. “We do know that organic oats are going to have much lower levels, because the use of glyphosate is prohibited,” she says. Still, it’s no guarantee, since organic oats might be grown near fields where the weedkiller is used.

In a statement, Monsanto says: “The glyphosate levels in this report are far below the strict limits established by the Environmental Protection Agency to protect human health. Even at the highest level reported by the EWG (833 ppb), an adult would have to eat 158 pounds of the oat-based food every day for the rest of their life to reach the strict limits set by the EPA.”

“Experts at the FDA and EPA determine the safe levels for food products,” he says. “These are very strict rules that we follow as do farmers who grow crops. We continue to work closely with farmers, our suppliers and conservation organizations to minimize the use of pesticides on the ingredients we use in our foods.”

The allegations, he says, are the same as those made in previous EWG reports.