Unvaccinated people do more than merely risk their own health. They’re also a risk to everyone if they become infected with coronavirus, infectious disease specialists say.

That’s because the only source of new coronavirus variants is the body of an infected person.

“The more unvaccinated people there are, the more opportunities for the virus to multiply,” Schaffner said.

“When it does, it mutates, and it could throw off a variant mutation that is even more serious down the road.”

All viruses mutate, and while the coronavirus is not particularly mutation-prone, it does change and evolve.

Most of the changes mean nothing to the virus, and some can weaken it. But sometimes, a virus develops a random mutation that gives it an advantage – better transmissibility, for instance, or more efficient replication, or an ability to infect a great diversity of hosts.

Viruses with an advantage will outcompete other viruses, and will eventually make up the majority of virus particles infecting someone. If that infected person passes the virus to someone else, they’ll be passing along the mutant version.

If a mutant version is successful enough, it becomes a variant.

But it has to replicate to do that. An unvaccinated person provides that opportunity.

“As mutations come up in viruses, the ones that persist are the ones that make it easier for the virus to spread in the population,” Andrew Pekosz, a microbiologist and immunologist at the Johns Hopkins Bloomberg School of Public Health, told CNN.

“Every time the viruses changes, that gives the virus a different platform to add more mutations. Now we have viruses that spread more efficiently.” 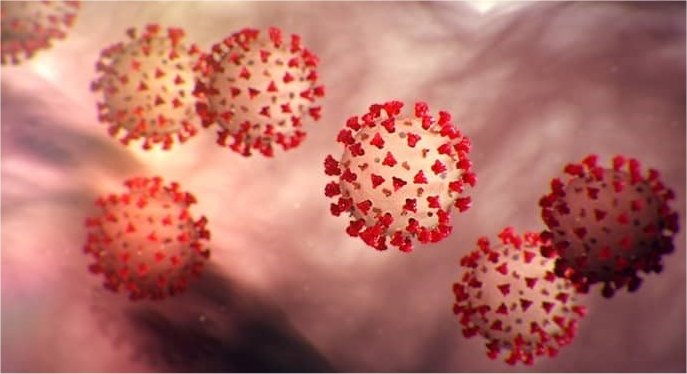 Already, one new variant has swept much of the world. Last summer, a version of the virus carrying a mutation called D614G went from Europe to the U.S. and then the rest of the world. The change made the virus more successful – it replicated better – so that version took over from the original strain that emerged from China. It appeared before people starting naming the variants, but it became the default version of the virus.

The current vaccines protect well against all the variants so far, but that could change at any moment. That’s why doctors and public health officials want more people to get vaccinated.

“The more we allow the virus to spread, the more opportunity the virus has to change,” the World Health Organization advised last month.

Vaccines are not widely available in many countries. But in the U.S., there is plenty of supply, with slowing demand. Just 18 states have fully vaccinated more than half their residents, according to data from the U.S. Centers for Disease Control and Prevention.

“Currently, approximately 1,000 counties in the United States have vaccination coverage of less than 30%. These communities, primarily in the Southeast and Midwest, are our most vulnerable. In some of these areas, we are already seeing increasing rates of disease,” CDC Director Dr. Rochelle Walensky told a White House briefing Thursday.

If a virus tries to infect someone with immunity, it may fail, or it may succeed and cause a mild or asymptomatic infection. In that case, it will replicate in response to the pressure from a primed immune system.

Those populations of unvaccinated people give the virus the change not only to spread, but to change.

“All it takes is one mutation in one person,” said Dr. Philip Landrigan, a pediatrician and immunologist at Boston College.