Scientists have revealed the best way to cook mushrooms — and it’s not in a frying pan.
Mushrooms are healthy because of the significant amount of dietary fiber, protein, amino acids, vitamins (including B1, B2, B12, C, D and E) and trace minerals that they contain, as well as the fact that they’re low in fat and calories.

But, according to researchers from the Mushroom Technological Research Center of La Rioja in Spain, mushrooms’ composition, antioxidant capacity and nutritional content can be negatively affected by the cooking process. 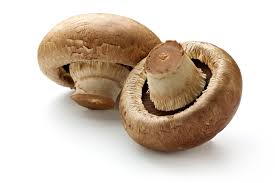 For the study, which was published in the International Journal of Food Sciences, the team evaluated the influence of boiling, microwaving, grilling and frying white button, shiitake, oyster and king oyster mushrooms. After cooking the four types of mushrooms, which were chosen because they are the most widely consumed species of mushroom worldwide, the samples were freeze-dried and analyzed, with the results compared to raw versions.

The researchers concluded that the best way to cook mushrooms while still preserving their nutritional properties is to grill or microwave them, as the fried and boiled mushrooms showed significantly less antioxidant activity. The fried mushrooms in particular revealed a severe loss in protein and carbohydrate content, but an increase in fat.”Frying and boiling treatments produced more severe losses in proteins and antioxidants compounds, probably due to the leaching of soluble substances in the water or in the oil, which may significantly influence the nutritional value of the final product,” said Irene Roncero, one of the study’s authors, in a statement.