When you’re retraining your brain — trying to acquire a new habit or pick up a new skill — you’d be surprised by the little things that can have a big impact on your brain’s overall health and function. One of the most important things you can do for your brain’s health is eat brain-boosting foods.
Of course, people who are already taking on a brain regimen of some sort already have enough on their plates without adding meal preparation with exotic ingredients only found in specialty grocery stores. So here are six foods you can find at any neighborhood grocery store that will help you retrain your brain.

Why eat it? There are so many advantages to swapping out the cooking oil in your house with coconut oil. One of the biggest is that coconut oil has a much higher heat tolerance than other oils packed with good-for-you fats (like olive oil). That means it remains stable at higher heats, retaining more of the beneficial fats.

Coconut oil is also a rich source of medium-chain triglycerides, which are broken down into ketones, an ideal brain food, in the liver.

How to eat it: Use coconut oil in any of your recipes that call for oil. If you don’t care for the flavor, just a little bit of salt goes a long way in cutting that tropical taste.

Why eat it? One reason brain function declines is the oxidation and inflammation of the neurons in your brain. A compound in turmeric called curcumin inhibits a neurotoxin that’s been linked to neurodegenerative disorders and shows promise as both an anti-oxidation and anti-inflammatory agent.

How to eat it: Fresh turmeric root probably isn’t the most grocery-store friendly, but you’ll definitely find it in the spice aisle. It’s got a peppery, almost mustard-like flavor and will turn just about anything it’s in contact with a lovely golden color. You’ll see it used in Indian and African cuisine, so choosing recipes from those areas of the world is a good way to start experimenting with turmeric. 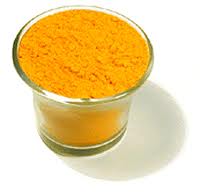 Why eat it? You’re probably already heard that blueberries are high in antioxidants, which certainly helps promote brain health. They also contain flavonoids, compounds which are thought to enhance memory. Flavonoids have been shown to enhance spatial memory in both animals and humans, and fruit-derived flavonoids are thought to be especially potent, making blueberries a perfect choice.

How to eat it: Blueberries are great for breakfast in oatmeal, yogurt, a smoothie or part of a fruit salad. They’re tasty tossed in a salad at any time of day and you can make some decadent desserts using these little brain-food bombs. You can even toss them into a container and bring them along as a snack food.

Why eat it? Broccoli is one of the most popular vegetables in the US, so hopefully you already know that it can be delicious when it’s not boiled within an inch of its life. It’s also contains lots of lignans, which have been shown to benefit assorted brain functions such as thinking, reasoning, remembering, imagining and learning new words. They’re also high in glucosinolates, which help promote levels of acetylcholine, a vital neurotransmitter in the central nervous system.

How to eat it: Don’t boil broccoli until it stinks up your house. It’s delicious lightly steamed, roasted in the oven, sauteed with some healthy oils or even finely chopped and served raw in a broccoli salad.

Why drink it? We’ve known for a while that green tea is another food high in antioxidants, but recent research also indicates that a green tea extract enhances cognitive function, particularly in the working memory of the brain.

How to drink it: Unlike black tea, green tea is best made with not-quite-boiling water and steeped only for one to two minutes. Green tea mixes and blends are also available: green-and-white blends or jasmine green tea are smooth options that will tolerate boiling water for tea novices. And if you don’t like hot tea, you can always drink it iced and infused with some honey, mint or both.

Why eat it? Black pepper is the most widely used spice on the planet. And in the past couple of years, we’ve learned that it can also have significant benefits for your brain. Piperine, an active compound in black pepper, can help inhibit the breakdown of dopamine and serotonin, two neurotransmitters crucial to brain health and mood regulation. Piperine also appears to help control the flow of calcium in the brain, which gives the compound anti-seizure effects.

How to eat it: Fresh-cracked black pepper is much tastier and more beneficial than the already-cracked versions you can buy in stores. So buy a pepper grinder if you don’t already have some and keep it on your table. Crack fresh black peppercorns over anything that strikes your fancy.