New study out of the journal Nitric Oxide links mouthwash use to diabetes.

It sounds like one of those spurious correlations that show up whenever you sift through large piles of data, such as the supposed link between cheese consumption and death from bedsheet strangulation.

But the results of a new epidemiological study linking mouthwash use and diabetes risk are – to all appearances, at least – a real effect, with fascinating implications for our understanding of the complex links between health, athletic performance and the trillions of bacterial cells that inhabit our bodies. A cleaner mouth, it turns out, isn’t always better.

The new study, which appears in the December issue of the journal Nitric Oxide, analyzes data from a longitudinal study of 945 adults in Puerto Rico who were followed over a period of three years. Just less than half of the participants reported using mouthwash regularly, and those who gargled at least twice a day were roughly 50-per-cent more likely to develop prediabetes or diabetes than those who used it less frequently or not at all.

“Most over-the-counter mouthwashes contain antibacterial ingredients,” explains Dr. Kaumudi Joshipura, an epidemiologist at the University of Puerto Rico and Harvard University who led the study, “which could destroy or inhibit oral microbes, some of which may be beneficial for metabolic health.”

This is an idea that’s already familiar to elite endurance athletes. Over the past decade, beet juice has emerged as a powerful and ubiquitous performance enhancer, because it enables muscles to consume less oxygen during exercise. The key component of beet juice is nitrate, which is converted by bacteria in the mouth to nitrite, which is in turn converted to nitric oxide, a powerful signalling molecule with wide-ranging beneficial effects in the body.

Earlier studies had already shown that mouthwash, by killing the bacteria that convert nitrate to nitrite, breaks this chain reaction and negates the immediate performance benefits of beet juice. It also wipes out acute gains in blood pressure and insulin sensitivity. But the new Puerto Rican study is the first to extend these findings to chronic health effects measured outside the laboratory. Since nitric oxide plays a role in determining how muscles use glucose, Joshipura hypothesizes that it is loss of oral bacteria that convert nitrate to nitrite that leads to higher diabetes risk in heavy mouthwash users. 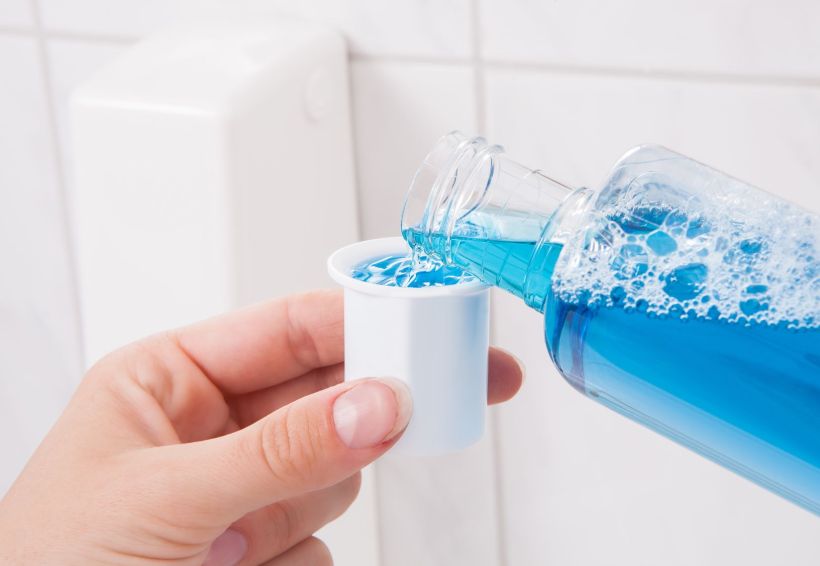 It’s tempting, then, to wonder how we can nurture the “good” nitrate-converting bacteria while suppressing the “bad” oral bacteria that contribute to gum disease, bad breath and tooth decay. But it’s not that simple, says Dr. Anni Vanhatalo, an exercise physiology researcher at the University of Exeter in Britain who studies dietary nitrate but wasn’t involved in the new study.

“It’s about a balance,” she says. “We have around 700 species of bacteria in our mouths, most or all of which have the potential to be pathogenic in large numbers. In that sense there are no ‘good’ or ‘bad’ bacteria.”

That’s similar to our emerging understanding of the complexity of gut bacteria, where greater diversity, rather than any particular superbug, is associated with better health. And chronic mouthwash use, Vanhatalo says, can be likened to the effect of antibiotics on gut bacteria. “Few would contemplate going on antibiotics permanently,” she says, “while more than 20 per cent of Americans use mouthwash daily.”

Where is the ideal balance? Vanhatalo suggests that brushing your teeth with toothpaste twice a day is about right. Joshipura notes that the people in her study who reported using mouthwash just once a day didn’t have any elevated risk of prediabetes or diabetes, but adds that further evidence is needed to make recommendations.

“People with specific oral conditions may need to use mouthwash as prescribed, usually for short duration,” Joshipura says. “However, we are concerned that mouthwash is often used routinely long-term in the absence of specific oral needs, without awareness of potential long-term effects.”

Finally, if all this sounds a little gloomy, it’s worth concluding on a more positive note. The negative effects of blocking nitrate conversion are, in a way, a reminder of all the benefits you can get from nitrate-rich foods – in addition to beets, leafy greens like arugula and spinach are very high in nitrates, as are rhubarb and celery – if you don’t block them.


Alex Hutchinson’s new book, Endure: Mind, Body, and the Curiously Elastic Limits of Human Performance, will be published in February. Follow him on Twitter @sweatscience.