Children who were spanked in childhood have lower IQs, a study finds.

The more children were spanked, the lower their IQ, the research also found.

The probable reason is that spanking is highly stressful for children.

It can leave them with post-traumatic stress disorder.

An ongoing fear of terrible things happening — being easily startled — is linked to a lower IQ.

Parents who continue to use corporal punishment into the teenage years may hamper their children’s brain development even more.

“All parents want smart children.
This research shows that avoiding spanking and correcting misbehavior in other ways can help that happen.
The results of this research have major implications for the well being of children across the globe.
It is time for psychologists to recognize the need to help parents end the use of corporal punishment and incorporate that objective into their teaching and clinical practice.
It also is time for the United States to begin making the advantages of not spanking a public health and child welfare focus, and eventually enact federal no-spanking legislation.”

The results come from research that followed 704 children from the ages of 2 – 4 until they were 5 – 9 years-old. 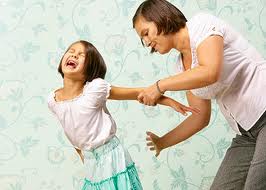 The IQ of children who were not spanked between 2 and 4-years-old was 5 points higher when tested four years later than those who were spanked.

The psychologists also found that countries in which spanking children was more common saw stronger links between corporal punishment and IQ.

The study was published in the Journal of Aggression Maltreatment & Trauma (Straus & Paschall, 2009).

One thought on “How Parents Needlessly Lower Their Children’s IQ”