Half of North Americans use a drink linked to dementia on any given day.

Both sugary and artificially sweetened ‘diet’ drinks are linked to dementia by two new studies.

People who drink sugary beverages tend to have poorer memories, smaller brains and a smaller hippocampus (an area vital for learning and memory).

A follow-up study found that people who drink diet sodas are three times more likely to develop dementia and stroke, compared to those who drink none.

Both studies show associations, so it doesn’t prove cause and effect.

“These studies are not the be-all and end-all, but it’s strong data and a very strong suggestion.
It looks like there is not very much of an upside to having sugary drinks, and substituting the sugar with artificial sweeteners doesn’t seem to help.
Maybe good old-fashioned water is something we need to get used to.” 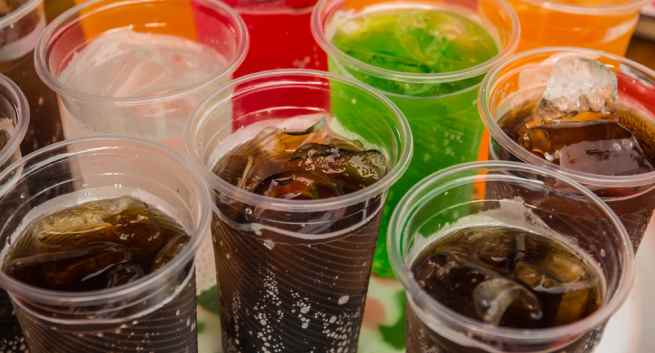 Excess sugar intake has long been linked to obesity, diabetes  and heart disease.

Its effect on the brain is more of an unknown (although what are the chances it’s going to be good for us?!)

More surprising is the link between diet sodas and dementia.

The researchers suggest it could be down to the artificial sweeteners used.

Sugar is toxic to the brain

This is certainly not the first study to link sugar intake with dementia.

It suggested that too much glucose (sugar) in the diet damages a vital enzyme which helps fight the early stages of Alzheimer’s disease.

The researchers in this study think that sugar could have a ‘toxic’ effect on the brain.