Super agers are a group of older adults who have cognitive abilities on par with people decades younger than them. From what you should eat to how you should exercise and who you should spend your time with, these are things they’re doing on the regular.

Smoking will trim off up to a dozen years of your life, suggests 2013 research in the New England Journal of Medicine. In fact, if you never smoked, you’re twice as likely as a current smoker to see 80 candles decorate your birthday cake. What’s more, the habit is linked to an increased risk for Alzheimer’s disease, says research. If you smoke, there’s no better time than now to quit.

Dine on fish and chicken

When Thomas Perls, MD, MPH, the director of the New England Centenarian Study and a professor of medicine and geriatrics at Boston Medical Center works with patients, he tells them to go easy on the beef and pork. Not only is a high intake of red meat linked with cancer, but the saturated fat in the meat may also harm your brain, per 2012 research in the Annals of Neurology. It’s fine if you’d like to eat it on occasion, of course, but limit it to twice a week, he advises. The rest of the week, lean toward fish, poultry, and heaps of veggies.

Rather than focusing on burning calories with cardio equipment, build strength with weights. There are at least a dozen feel-good benefits that kick in when you pick up a dumbbell. But lifting also maintains muscle and bone mass to protect against frailty—and prevent falls—when you get older. It also keeps your mind limber. One randomized-controlled study in the Archives of Internal Medicine found that when women having memory problems did twice-weekly weight training for six months, they improved measures of attention and memory compared to those who did balance exercises.

It’s not enough to simply exercise, you have to stay active in general. And one of the ways you can get the most out of it is to pick those that you can do with others. Because taking an evening stroll with neighbors offers far more benefits than stretching your legs: “Socialization is cognitively stimulating,” says Dr. Perls. Chatting with friends, challenging each other, and offering support helps your brain lay down new neural networks that keeps your brain young.

It sounds so boring, right? But if you have a healthy weight, you’re already so far ahead. “Obesity is such a potent and important cause of numerous age-related diseases, like adult-onset diabetes, cancer, heart disease, and stroke,” says Dr. Perls. What’s more, obesity has also been linked with dementias and Alzheimer’s disease, as having a greater fat mass is associated with higher blood levels of amyloid proteins, which are linked to cognitive decline. 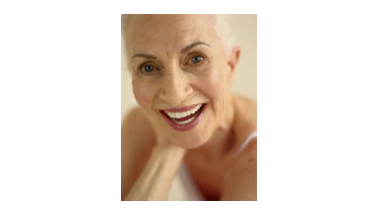 There’s a lesson in always learning something new: It doesn’t just keep life exciting, but it keeps you sharp as you age, studies suggest. Try one of these 14 brain challenges—because “use it or lose it” seems to apply to your brain as much as your muscles. A study in 2013 asked one group of older adults to quilt, another learned digital photography, and a third did both activities for 16 hours a week over three months. Those who took up the “cognitively demanding” task of learning digital photography sharpened their memory more so than those who honed their old quilting skills. What have you always wanted to do but thought you weren’t going to be good enough? That’s exactly what will keep your brain young for years to come.

Berries are one of the cornerstones of the MIND diet, a hybrid between the Mediterranean diet and DASH diet that can keep your brain 7.5 years younger, shows research. Among all the other fruits, they’ve been singled out thanks to past research that showed intakes of blueberries and strawberries were associated with better brain health. The sweet little fruits are rich in anthocyanins, antioxidant plant compounds that preserves neuronal pathways involved in memory and cognition. Aim to eat at least two servings per week. And if you’re looking for new ways to eat berries, try them in a delicious fruit smoothie.

Stress is a given, but know you have a choice to change your circumstances and limit the bad vibes from festering. “Stress that continues for a long time, a condition known as chronic stress, is toxic to your brain – it literally eats away at critical brain regions,” writes neuroscientist Lisa Feldman Barrett, PhD, in the Guardian. (She’s one of the authors on a new study on super agers published in the Journal of Neuroscience.) Barrett suggests leaving negative things behind. It can be as little as changing jobs or taking relaxing vacations.

Do you need these 17 tips to help cut back on alcohol? Consider this: In a study on cognitively healthy 65-year-olds published in PLOS Medicine in 2017, those who reported light or moderate drinking scored higher on a test measuring cognitive functioning compared to teetotalers. The key is light. Another study showed that people who have 14 to 21 drinks per week experienced more shrinkage in the hippocampus, an area of the brain related to memory. What’s more, their research didn’t show that light drinking was protective. Until the research is definitive, stick to the recommended one drink a day for women and two for men.

It’s all about your attitude, right? It’s easy to brush off health issues as being all about your genes, and something that’s not under your control. But Dr. Perls says the decisions you make every day can have a huge impact on your lifespan. The average life expectancy in the U.S. is about 79 years old, but he says that can be much longer. “I think the vast majority of the reason someone lives to 90 is lifestyle behaviors. That’s a really optimistic view of aging, but it’s possible,” he says. Knowing that your daily choices matter—and can tack on almost a dozen good, sharp years on your life—can help you build on habits that will get you well into your golden years.

One thought on “10 Secrets to Living a Long, Healthy Life”