Here’s good news: If you had a less-than-wonderful childhood, you can still have amazing success in life. How? It comes to do these little life skills.

What makes us healthy, wealthy, and successful?

It’s true that a nurturing upbringing, with lots of love, support, and opportunities for play, learning, and growth, seem to give people an advantage early in life. But that head start only goes so far. The rest of the recipe, according to new research, comes from you.

In a new study published in PNAS, the official journal of the National Academy of Sciences of the United States, researchers from the University College London followed 8,119 men and women to determine which life skills most directly contributed to their health and success in life—or lack thereof.

What they found was that those who had successful, wealthy, and happy upbringings weren’t necessarily the most successful, happy, or healthy once they grew up. Instead, it was people with specific personality traits who were the healthiest and most successful. And these traits helped ensure that were internally, rather than externally, fulfilled.

To be successful in life, start with your own mental health. “Our ability to stay ‘in check’ with our emotions is one of the most powerful life skills we have,” explains Joshua Klapow, PhD, a clinical psychologist and Associate Professor of Public Health at the University of Alabama at Birmingham.

“Emotional stability is like a regulator on our life skill set. It allows us to not be falsely optimistic, overly determined, too self-sacrificing, or too controlling. It allows us to experience life but to come back to a middle ground.”

Researchers at the Indiana University-Purdue University Columbus found a direct correlation between emotional stability and future success in a work environment. Those who were more in control of their emotions could handle typical work stressors better, leading to further opportunities at work and less stress overall. Fortunately, this is a skill you can develop.

Another study found that exposing yourself to common work stressors early in young adulthood can have profound effects on your ability to navigate stressful work situations later in life. Of course, less stress leads to better overall health. So, if you want to know how to become wealthy and healthy in the future, you may want to focus on your resilience now.

The U.K.’s University of Kent conducted a study that outlined the top skills employers look for when searching for new employees. Determination was among the top 10. Very simply, determined people get things done, so it’s no wonder that employers would want them on their teams.

Determined individuals are willing to move past obstacles to reach their future goals. According to the PNAS study, 26.4 percent of people who had four or five of the important life skills outlined here, including determination, were in the highest wealth range of participants.

Determination allows us to move beyond day-to-day living.” Not everyone is born with a fire in their belly, but it can be learned. Self-determination is something therapists and teachers help instill in people every day. In fact, about 62 percent of teachers often plan activities for students that will help them develop self-determination skills.

Many therapists focus on self-determination theory (SDT), which supports one’s personality traits and innate abilities to build their motivation. Of course, you’ll need to find some motivation to stick to what you learn, so sometimes you have to dig deep. 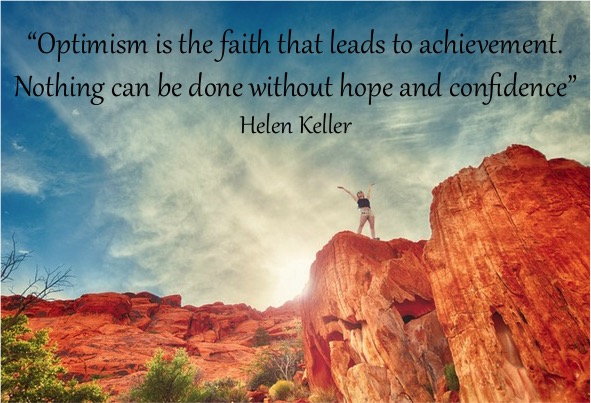 “As we learn to look at the world as a series of events and situations that we can exert control over, we feel mastery and predictability. That allows us to remain calm, to be determined, and to take action,” says Dr. Klapow.

One study that shows the importance of self-control followed 1,000 children from birth to age 32. Those who continued to exhibit the highest amount of self-control through their lives were less likely to develop health problems, have a substance addiction, have low income, or commit a crime. A person with self-control understands that actions make a difference.

“It is not a matter of having false beliefs that we can control everything in our lives, but rather looking at situations and challenges and believing that our own actions can have an impact,” explains Dr. Klapow. “This results in less stress, more proactive behavior, and more opportunities to succeed.” The same study shows that people can foster their own self-control—7 percent of participants dramatically increased the skill on their own throughout the study.

The most important thing you can do to become master of your universe is to start looking at the bigger picture. How will your actions now affect you later? You’re less likely to start something that could drag you down later if you understand the risks now.

Just because optimists believe that good things will happen to them doesn’t make them unrealistic; instead, it means they try to find the good in everything they do and see.  The University College London study, led by psychology professor Andrew Steptoe and his colleague Jane Wardle, showed that this key life skill, when combined with at least some of the other life skills, had profound impacts on our ability to take better care of our health and find success later in life.

A study in Clinical Psychology Review researched the impact of optimism alone on health and success and found that optimistic people are more resilient to life’s stressors, allowing them to move past negative aspects of their jobs and everyday lives more easily.  Optimists are also less likely to be re-hospitalized, develop heart disease, and have low immunity, and are more likely to live longer and healthier lives.

When it comes to future success, optimists have a lower college drop-out rate and are more persistent in achieving goals than pessimists. If you don’t always look on the bright side, you can still develop a greater sense of optimism. Cognitive behavior therapy is common for pessimists, as it focuses on changing thinking patterns to be more optimistic and productive. This intervention can even help those who feel they’re spiraling into depression from negative thoughts.

By definition, conscientious people are concerned with doing things correctly. They’re typically very organized, pay attention to details, and are generally responsible. A study in Frontiers of Psychology found that high conscientiousness more consistently determined one’s life satisfaction, income, and success than the other life skills examined, including emotional stability and cognitive ability.

Conscientiousness is a reliable predictor of academic grades, job performance, marital stability, and physical health. University of Illinois psychologist Brent Roberts told businessinsider.com, “Highly conscientious employees do a series of things better than the rest of us. [It] is like brushing your teeth. It prevents problems from arising.” These are people who like sticking to rules and achieving goals.

Determination is often a trait you’ll see in a conscientious person, so they’re more apt to be aware of what’s needed to be successful, stay healthy, and then stick to those norms.

According to Harvard Medical School, you can heighten your conscientiousness by hanging around conscientious people who can encourage positive behaviors. Also, make a specific schedule for yourself and follow it daily. If you have to, set reminders on your phone to get yourself in the habit of sticking to your plan.