NEW YORK, N.Y. – The psychedelic drug in “magic mushrooms” can quickly and effectively help treat anxiety and depression in cancer patients, an effect that may last for months, two small studies show.

It worked for Dinah Bazer, who endured a terrifying hallucination that rid her of the fear that her ovarian cancer would return. And for Estalyn Walcoff, who says the drug experience led her to begin a comforting spiritual journey.

The work released Thursday is preliminary and experts say more definitive research must be done on the effects of the substance, called psilocybin (sih-loh-SY’-bihn).

Psilocybin, also called shrooms, purple passion and little smoke, comes from certain kinds of mushrooms. It is illegal in the U.S., and if the federal government approves the treatment, it would be administered in clinics by specially trained staff, experts say.

Nobody should try it on their own, which would be risky, said the leaders of the two studies, Dr. Stephen Ross of New York University and Roland Griffiths of Johns Hopkins University in Baltimore.

Psychedelic drugs have looked promising in the past for treating distress in cancer patients. But studies of medical use of psychedelics stopped in the early 1970s after a regulatory crackdown on the drugs, following their widespread recreational use. It has slowly resumed in recent years.

Griffiths said it’s not clear whether psilocybin would work outside of cancer patients, although he suspects it might work in people facing other terminal conditions. Plans are also underway to study it in depression that resists standard treatment, he said.

The new studies, published in the Journal of Psychotherapy, are small. The NYU project, which also included psychotherapy, covered just 29 patients. The Hopkins study had 51.

Bazer, who lives in New York, was diagnosed with ovarian cancer in 2010, when she was 63. Treatment was successful, but then she became anxious about it coming back.

“I just began to be filled with a terrible dread,” she said in an interview. “You’re waiting for the other shoe to drop. … (The anxiety) was ruining my life.”

She swallowed a capsule of psilocybin in 2012 in the company of two staff members trained to guide her through the several hours that the drug would affect her brain. As she listened to music through headphones, her eyes covered with a sleep mask, the drug went to work.

“Suddenly I was in a dark, terrifying place, lost in space, lost in time,” she recalled. “I had no bearings and I was really, really terrified.” 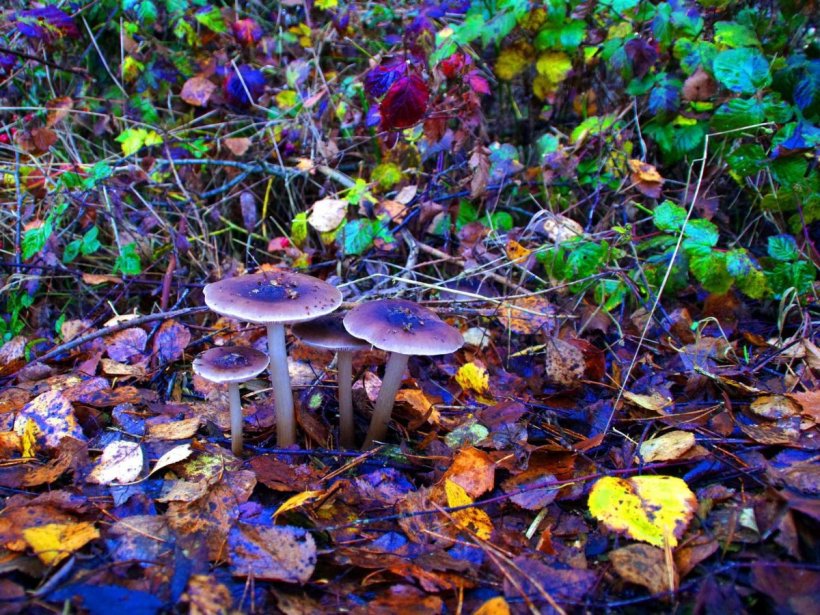 Then she saw her dread of a cancer recurrence as a black mass in her abdomen, and she furiously yelled at it to leave.

“As soon as that happened, the fear was gone,” she said. “I was just floating in the music … like being carried in a river.”

Then she felt deep love for her family and friends, and sensed their love for her. “It felt like I was bathed in God’s love … I’m still an atheist, by the way, but that really seemed to be the only way to describe it.”

Researchers said such mystical experiences appeared to play a role in the drug’s therapeutic effect.

Walcoff, 69, a psychotherapist in Rochester, New York, also entered the NYU study because of her anxiety over a cancer recurrence, in her case, lymphoma. (Most participants had active cancer.)

Psilocybin “opened me up to pursue meditation and spiritual searching,” Walcoff said, and as a result of that “I have become reassured and convinced that that phase of my life is over and it’s not going to come back.”

Most funding for the studies came from the Heffter Research Institute, a non-profit organization that supports studies of psilocybin and other hallucinogens.

In both studies, psilocybin treatment had more effect on anxiety and depression than a placebo did. For example, by the day after treatment, about 80 per cent of the treated NYU patients no longer qualified as clinically anxious or depressed by standard measures. That compares to about 30 per cent for the placebo group. That’s a remarkably fast response, experts said, and it endured for the seven weeks of the comparison.

The studies took different approaches for formulating a placebo. At NYU, patients were given niacin, which mimics some effects of psilocybin. At Hopkins, the placebo was a very low dose of psilocybin itself.

Researchers in both studies eventually gave full psilocybin treatment to the placebo groups and followed all the patients for about six months. The beneficial effects appeared to persist over that period. But the evidence for that is less strong than for the shorter term, because there was no longer any placebo comparison group.

No severe side effects arose from the treatment.

Dr. William Breitbart, chief of the psychiatry service at Memorial Sloan-Kettering Cancer Center in New York, who didn’t participate in the studies, said they were improvements over prior research on the topic. But there were still enough shortcomings to make him cautious about drawing conclusions, he said.

In any case, Bazer and Walcoff say the treatment affected more than their cancer anxieties. Walcoff said it has helped her work on being less judgmental and more self-accepting. Bazer said it made her a more patient driver and more active socially.

“It really changed everything for me,” Bazer said. “And I still do not have anxiety about the cancer coming back.”