One cause of low learning ability is an imbalance of proteins in the hippocampus that can be corrected.

The common household spice cinnamon could be used to enhance learning ability, a new study reveals.

Some people seem to have more difficulties with learning than others.

Some lab mice are the same.

But when lab mice that were poor learners were fed cinnamon their learning improved, the researchers found.

“This would be one of the safest and the easiest approaches to convert poor learners to good learners.”

One cause of a low ability to learn is thought to be an imbalance of proteins in the hippocampus, the part of the brain vital for memory and learning.

Cinnamon, though, is transformed by the body into sodium benzoate: a drug used to treat brain damage that rebalances critical proteins.

In the study, mice were fed cinnamon for a month.

The results showed that the poor learners improved dramatically in terms of their learning and memory. 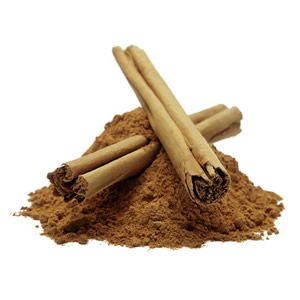 “We have successfully used cinnamon to reverse biochemical, cellular and anatomical changes that occur in the brains of mice with poor learning.”

Cinnamon, though, did not have any effect on the mice who were already good learners.

“Individual difference in learning and educational performance is a global issue.
We need to further test this approach in poor learners. If these results are replicated in poor learning students, it would be a remarkable advance.”

Cinnamon has also been found in previous research to reverse changes related to Parkinson’s in the brains of mice.

Along the way, they have discovered the best type of cinnamon to use (Ceylon versus Chinese), Dr Pahan explained:

“Although both types of cinnamon are metabolized into sodium benzoate, we have seen that Ceylon cinnamon is much more pure than Chinese cinnamon, as the latter contains coumarin, a hepatotoxic (liver damaging) molecule.”

The study was published in the Journal of Neuroimmune Pharmacology (Modi et al., 2016).