An international team of researchers has been examining the impact of the disease on the entire human body system, and for the first time, links between depression and oxidative stress have been highlighted in detail. Not only does this disprove the notion that depression is entirely a mental disorder, it could also explain the condition’s links with other health problems such as cancer and high mortality rates.

The research, led by the University of Granada in Spain, builds on 29 previous studies that cover close to 4,000 individuals. It found that in patients receiving treatment for depression, levels of malondialdehyde were significantly reduced – malondialdehyde is a biomarker that indicates a lack of oxygen in cell membranes, and there’s usually a higher level of it in the bodies of those with depression.

The team also discovered that levels of antioxidant substances in depressed patients climbed back to normal when receiving treatment for their condition (these antioxidants include zinc and uric acid).

Taken as a whole, the findings prove that depression affects the whole human organism, not just the mind, and a better understanding of that should help inform future treatments and studies. 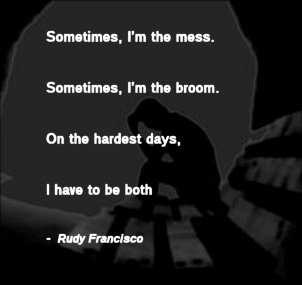 There has been plenty of evidence pointing to depression and an association with other health issues. For example, people with depression are more likely to develop back pain and suffer heart attacks, though we’re still not sure why – it’s possible that those with the condition are simply no longer able to take good care of their bodies. This new study suggests something more fundamental is happening, though there’s plenty of scope for further research.

Statistics from 2012 suggest that some 7.6 percent of the US population (aged 12 and above) are affected by depression at some level. It tends to be more prevalent in females, and those living below the poverty line are around 2.5 times more likely to have depression than those who aren’t.

Thankfully, we’re seeing an increasing number of advances made in the treatment of depression, offering hope that the disease can be better managed and perhaps even cured in the years to come. What this new study tells us is that we shouldn’t automatically consider depression as just a mental health issue – and that should help those who are working to fight it.

The study has been published in the Journal of Clinical Psychiatry.