The common, inexpensive supplement was linked with a 44% reduction in suicide attempts and self-harm.

Suicide is one of the leading causes of death in the US, with more than 45,000 people dying by suicide in 2020. Experts recommend many strategies and treatments to decrease the risk of suicide, including psychotherapy, peer support, economic support, and medications like antidepressants. Few if any would be likely to put folic acid supplements on that list, but a recent study done at the University of Chicago may change that.

The study, published in JAMA Psychiatry on September 28th, used data from the health insurance claims of 866,586 patients and looked at the relationship between folic acid treatment and suicide attempts over a two-year period. They found that patients who filled prescriptions for folic acid, also known as vitamin B9, experienced a 44% reduction in suicidal events (suicide attempts and intentional self-harm). Robert Gibbons, PhD, the Blum-Riese Professor of Biostatistics and Medicine at the University of Chicago, the lead author of the study, is hopeful that these findings could improve suicide prevention efforts, especially because of how accessible folic acid is.

“There are no real side effects, it doesn’t cost a lot of money, you can get it without a prescription,” Gibbons said. “This could potentially save tens of thousands of lives.”

Gibbons initially became interested in folic acid in the context of suicide because of a previous study in which his group looked for relationships between risk of attempting suicide and 922 different prescribed drugs. The study simultaneously screened each drug for associations with increases and decreases in suicide attempts. Surprisingly, folic acid was associated with a decreased risk of suicide attempt, along with drugs expected to be associated with risk of suicide, like antidepressants, anxiolytics, and antipsychotics.

This could potentially save tens of thousands of lives.

One of the challenges of this earlier study was to analyze the effects of many drugs in a large-scale data set, which is difficult. Many people take more than one drug, and drugs can have different effects when taken together than when taken alone. It can also be difficult to get meaningful results from studies like these that look for relationships in large data sets because of confounding factors, which can cause two variables in a study, like suicide and a drug, to seem to have a direct causal relationship with each other. Sometimes, these are actually both related to a confounding factor, such as socioeconomic status or health-conscious attitudes, or because they are prescribed for a condition that is associated with suicide (e.g. depression). But Gibbons and his group were able to partially eliminate these complications by comparing subjects to themselves before and after being prescribed a drug, instead of comparing subjects who did and did not take the drug to one another.

In fact, they initially thought folic acid had only shown up in their study because of a simple explanation, but that turned out not to be the case. “When we first saw this result, we thought it was pregnancy. Pregnant women take folic acid, and pregnant women tend to have a low suicide rate, so it’s just a false association. So, we just did a quick analysis to restrict it to men. But we saw exactly the same effect in men,” Gibbons said.

To investigate and further confirm the relationship between folic acid and suicide risk, Gibbons and his co-authors did this new study and focused specifically on folic acid, and accounted for many possible confounding factors, including age, sex, mental health diagnoses, other central nervous system drugs, conditions that affect folic acid metabolism, and more. Even after adjusting for all these factors, filling a prescription for folic acid was still associated with a decreased risk of attempting suicide.

It also occurred to the authors that maybe people who take vitamin supplements in general want to improve their health and would thus be less likely to attempt suicide. To address this possibility, they did a similar analysis with another supplement, vitamin B12, as a negative control. But unlike folic acid, there didn’t seem to be any relationship between vitamin B12 and risk of suicide.

Although Gibbons and his co-authors were careful to adjust for confounding factors, they cannot yet say for sure whether the relationship between folic acid and suicidal events is causal; that is, they don’t yet know if taking folic acid will directly cause a person’s risk of suicide to become lower. To know for sure, the authors are following up this study with a large-scale randomized controlled trial (RCT) to test whether folic acid directly lowers the risk of suicidal events, including ideation, attempts and completion. This will involve randomly splitting subjects into two groups, giving a placebo to one group and folic acid to the other and comparing the rate of suicidal events over time.

If their findings are confirmed in the new research, folic acid would be a safe, inexpensive, and widely available suicide prevention strategy, and potentially help save thousands of lives.

By Lily Burton
PhD candidate in Biochemistry and Molecular Biophysics

What Is Folic Acid?

Folic acid is the synthetic version of the folate, a B vitamin that’s vital for the formation of red blood cells. It also plays a part in helping the body’s nerves function properly. The vitamin is essential in helping DNA form within cells, “allowing each cell to replicate perfectly”, according to the BDA, the association of British dieticians.

If you don’t have enough folic acid in your body, it can cause a form of anaemia – where blood cells have reduced ability to carry oxygen around the body – which causes tiredness, weakness and fatigue. People with a deficiency might also suffer from diarrhoea, loss of appetite, weight loss, headaches, heart palpitations, a sore tongue and behavioural disorders.

Why Is It Important For Pregnant Women?

Folic acid fortification – the process of folic acid being added to grain products – has already been adopted in more than 60 countries worldwide, including Australia, Canada and the US.

The government’s 12-week consultation on whether folic acid should be added to flour follows years of campaigning by charities including Shine, which represents people with the birth defect spina bifida.

Pregnant women are advised to take a folic acid supplement before conceiving and for the first 12 weeks of pregnancy to cut the risk of birth defects. But some women forget to take the supplement, do not follow advice or do not discover they are pregnant until it is too late.

Neural tube defects (NTDs) – birth defects of the brain, spine or spinal cord – occur when an opening in the spinal cord or brain remains from early on in human development. “Folic acid can prevent NTDs, but only if taken very early in the pregnancy, and really before conception,” says Clare Murphy, director of external affairs at Bpas.

“Currently, women are advised to take folic acid supplements during the early stages of pregnancy, but around half of UK pregnancies are unplanned, which means that many women have already missed the window to take folic acid by the time they realise they are pregnant.”

Around 1,000 pregnancies are affected by NTDs each year in the UK and more than 40% of cases are fatal. Under plans to fortify flour, experts predict that around 200 birth defects a year could be prevented.

Public health minister Seema Kennedy said the move would also help women from the poorest areas who are less likely to take folic acid supplements. “It is right that we do all we can to protect the most vulnerable in society,” she added. 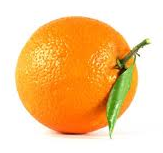 Do Men Need It Too?

Folic acid is important for everyone, regardless of their sex. According to the BDA, men, children and women who are not likely to become pregnant should be able get sufficient amounts of folate (the form of folic acid occurring naturally in food) by eating a healthy diet.

It’s been reported that folic acid can help protect the heart and cardiovascular system, boost sperm count, and decrease the risk for certain cancers. Some evidence suggests it might even reduce the risk of mood disorders.

How Much Should You Have?

Adults and children over 11 years old are recommended to have 200μg (micrograms) of folate daily, according to the BDA. You can get enough folic acid from food alone – many cereals have 100% of your recommended daily value of folic acid. Look on the outside of packets for the nutritional chart or the ‘contains folic acid’ symbol.

Women trying for a baby are advised to have 200μg plus a supplement. For pregnant women, the advice is to take 300μg plus a 400μg supplement during the first 12 weeks of pregnancy – but consult your doctor first, especially if you’ve had a pregnancy previously affected by neural tube defects or if you have diabetes.

Breastfeeding mothers are advised to make sure they’re having 260μg a day, to help their child’s development.

Should You Take Folic Acid Supplements?

While pregnant women are strongly advised to take folic acid supplements, the rest of the population should be able to get enough providing they eat a balanced, nutritious diet. BDA suggests those aged over 50, or those with a history of bowel cancer, should take no more than 200μg/day per day.

Potential side effects of taking additional supplements daily include nausea, loss of appetite, trapped wind or bloating – although the NHS notes these symptoms are usually mild and don’t last long.

If you have any of the following, you should speak to your doctor before having folic acid supplements: