Pending FDA regulations should remove nearly all of this unhealthy substance from your diet, experts say

Could the contents of your cupcake affect your heart attack risk?

It seems so, according to a new study that found lower rates of heart attack and stroke in communities that restrict trans fats in foods.

Trans fats, which are found in products such as baked goods, chips, crackers and fried foods, have been linked to an increased risk of heart disease. In response, some U.S. cities have implemented policies to reduce trans fats in restaurant food.

“Our study highlights the power of public policy to impact the cardiovascular health of a population. Trans fats are deleterious for cardiovascular health, and minimizing or eliminating them from the diet can substantially reduce rates of heart attack and stroke,” said study author Dr. Eric Brandt. He’s a clinical fellow in cardiovascular medicine at the Yale School of Medicine.

The researchers compared 2002-13 data from New York counties with and without restrictions on trans fats.

The study found a 6 percent decline in hospitalizations for heart attack and stroke in areas with trans fat restrictions compared to those without within three years of implementing no trans fat policies.

“It is a pretty substantial decline,” Brandt said.

Although the study found a link between trans fat restrictions and a lower heart attack and stroke risk, it’s important to note that the study wasn’t designed to prove a direct cause-and-effect link. 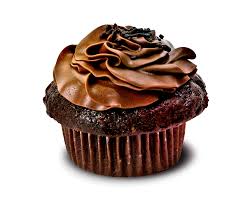 The study findings suggest that the FDA’s move to restrict trans fats in all foods will have widespread benefits, according to Brandt.

“Even though some companies have reduced the amount of trans fat in food, current FDA labeling guidelines allow up to 0.49 grams of trans fat per serving to be labeled as 0 grams, leaving consumers to scour labels for hidden trans fats, usually labeled as partially hydrogenated oils,” Brandt explained in a Yale news release.
“With the upcoming FDA regulation, people need not be so vigilant. A nationwide trans fat ban is a win for the millions of people at risk for cardiovascular disease,” he said.

The study was published April 12 in the journal JAMA Cardiology.