It seems unconditional love from a fluffy, drooling canine is one key to a healthier life — as many people already expected.

A study of more than 3.4-million people revealed that having a dog in the house is linked to living a longer life. The research, published in Scientific Reports by Uppsala University in Sweden, reviewed a national registry of people aged 40 to 80 for up to 12 years. Just over 13 per cent were dog owners.

By evaluating health records, it found that registered dog owners had a lower risk of having heart attacks and other life-threatening conditions. It said owning a dog cuts down the risk of death from cardiovascular disease by 36 per cent for people that live alone.

There is a slightly lower benefit to owning a canine for those who don’t live alone — the risk was cut by only 15 per cent. Researchers even considered other factors such as smoking and body weight to make sure the results were as accurate as possible.

While the study stops short of determining a direct “causal effect” between dog ownership and lower heart disease, it indicates that dog owners may have better health because they stay active by walking their pets, even in bad weather.

It adds that having a fluffy friend could also help ease feelings of isolation, depression and stress.

And it’s just one of many studies that have come to a similar conclusion about the health benefits of owning a dog.

Earlier this year, a study found that seniors who own a dog spend an average of 22 more minutes per day staying active and take an additional 2,760 steps per day.

Dogs have also been found to improve mental health in children, and help soothe stress for travellers nervous about their flight and students during exams.

Standup citizens know that if you see a senior board the bus or train, you immediately get up and offer them your seat.

But according to health experts, we shouldn’t be giving up our seat for the elderly on public transportation — rather, we should just stay put.

Yeah, we’re a bit wary about this advice too, but hear us out.

As reported by The Independent, experts claim that offering your seat to seniors on public transport can hamper their health. Instead, they should be “encouraged to stand and discouraged from taking it easy in order to keep themselves fit,” advises Sir Muir Gray, a professor at Oxford.

Think twice before giving up your seat on the bus or train to an older person. Standing up is great exercise for them.

Gray, a clinical adviser to Public Health England, recently explained that the elderly should walk for at least ten minutes a day.

“We need to be encouraging activity as we age — not telling people to put their feet up,” Gray told the British Medical Journal. “Don’t get a stairlift for your ageing parents, put in a second banister.

“And think twice before giving up your seat on the bus or train to an older person. Standing up is great exercise for them.”

A new report in The BMJ advises older people to stay active, as it can reduce the need for social care and allow them to live more independently.

In the report, researchers say the effects of ageing are often confused with the loss of fitness, when it’s really the lack of fitness that ages them, adding to them needing more care.

A lot of illness in later life is not due to older age, but inactivity.

Middle aged and older people “can increase their fitness level to that of an average person a decade younger by regular exercise,” Scarlett McNally, an orthopaedic surgeon at Eastbourne District General Hospital in the U.K., noted.

She added: “A lot of illness in later life is not due to older age, but inactivity.

“The more exercise we do the better.”

This piece of advice matches previous research conducted on the effects of a sedentary lifestyle.

A study published earlier this year noted that too much sitting and not enough physical activity can age cells by up to eight years. And previous research has already linked too much sitting to health problems such as obesity, higher levels of “bad” cholesterol, and an increased risk of cardiovascular disease.

Aladdin Shadyab, lead study author, noted, “Discussions about the benefits of exercise should start when we are young, and physical activity should continue to be part of our daily lives as we get older, even at 80 years old.”

Discussions about the benefits of exercise
should start when we are young.

However, we still think it’s important to offer your seat to a senior, especially if they’re using walkers, canes, or any type of support to help them walk, or if they clearly need to sit down. And if they ask if they can take your seat, you should absolutely give your seat up.

If you know someone who’s older than 60, you should actively (heh) encourage them to get, well, more active.

Some top exercises that will make seniors feel young again include:

Inez Willis, a senior citizen, cooks on her stovetop at her independent living apartment in Silver Spring, Maryland April 11, 2012.

(Reuters Health) – Miscommunication between healthcare providers and patient concerns over drug interactions lead to many seniors having an unnecessarily complicated medication regimen, a new study finds.

“If you consolidate the regimen, you can know that you’re done at the end of the day,” Lindquist told Reuters Health. For example, if a patient is prescribed three medicines that are each supposed to be taken twice per day, it’s likely they can be taken together each time.

For the study, published in the journal Patient Education and Counseling, nurses visited the homes of 200 patients over the age of 70.

All the participants had been discharged from the hospital one month prior and they averaged nearly 80 years old.

The nurses asked participants how and when they took their medications in a given day. Then a pharmacist and a doctor looked at each patient’s medication list to see the lowest number of times per day the participant could take his or her medications.

Next, they compared this number to the actual number of times per day that each patient had said they took their medicines. 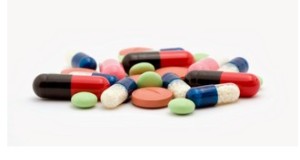 Lindquist and her team found that 85 of the participants – just over 42 percent – were following a medicine regimen that could be simplified. Of these, 53 participants, or more than one quarter, could cut the number of times they took their medicines by once per day; and 32 participants, or 16 percent, could reduce that number by at least two times each day.

The team also identified the most common reasons for an overly complicated medication routine. One was patients’ concerns about interactions between food and medicines, and between different medicines. Another was misunderstanding medication instructions given to the participants by healthcare providers like pharmacists or physicians.

Patients should check with their doctor before changing the way they take their medicines, but the results of the study show the importance of a discussion between patients and providers about the logistics of taking necessary medicines, Lindquist said.

“That dialogue has to start; patients need to ask their pharmacist or physician whether they can cut down medications or consolidate them,” she said. The big questions patients should ask their doctors, she added, is “can I make it easier on me?”

One way that people taking many medications can work with a doctor on the simplest regimen is to walk through how they take medicines each day.

Dr. Serena Chao, a geriatrician at Boston Medical Center who was not involved in the study, said patients should bring all medicines to each appointment, and arrive “prepared to talk about what time they take their medications.”

“Go through all of the details, and then with the doctor, figure out whether the routine can be consolidated,” Chao told Reuters Health. Because after all, keeping track of lots of medicines can be difficult – but the goal is to minimize the inconvenience they pose to living everyday life.

“Your medications should not dictate your life. They should be working for you, not the other way around,” said Lindquist.