Most people are unaware that pasteurized milk actually causes osteoporosis because there is a process the body must commit to due to milk’s calcium content being unabsorbed. The majority of calcium supplements on the market also contain inferior forms of the mineral which are also not absorbable and actually decrease the digestibility of other nutrients.

The belief that calcium is what builds strong bones is absolutely ingrained in our society, but has no basis in reality-calcium is but ONE of the many minerals your body needs for building strong bones. Conventional calcium supplements have demonstrated little benefit, and they may increase your risk for a cardiovascular event.

If you take too much Calcium (and to a slightly lesser degree, Magnesium) at once, it will cause your body pH to rise, which might try to change your blood pH, but your blood pH WILL NOT change because even a small change will kill you instantly! The body is quick to dump calcium & other minerals to check the rise in alkalinity, but where does the calcium go?

A 2004 study showed that people with excess calcium in their coronary artery and who take statins have a 17-fold higher risk of heart attacks than do those with lower arterial calcium levels; researchers concluded that the two most definitive indicators of heart attack were LDL levels and calcium build-up.

A 2007 study showed that calcium from dietary sources has more favorable effects on bone health than calcium from supplements in postmenopausal women (Am J Clin Nutr 2007).

A recent randomised controlled study, published in the Journal of the Academy of Nutrition and Dietetics, analysed the effect of calcium on joint symptoms in postmenopausal women – finding that intake of a supplement had no significant effect on the severity of joint symptoms.

Dr. Eldon Dahl has explained the importance in the following PreventDisease.com interview of sourcing supplements with formulations that contain ingredients that complement each other.

Most supplements on the supplement market today contain calcium carbonate which is an inferior form of calcium and manufacturers attach a simple chelating agent like citric acid to make it more absorbable, however the end product is inferior to other calcium supplements such as calcium orotate, which is the only known form of calcium which can effectively penetrate the membranes of cells.

Calcium and all minerals actually, are inorganic. Consequently, they are not easily absorbed. It’s required they be bound to some other substance (preferably organic) in order to be utilized at all. The inorganic salt, carbonate, neutralizes a required stomach acid. Among many key physiological requirements and ratios, stomach acid is desperately needed for absorption of ALL minerals.

With the support of medical research, the market has been flooded with calcium supplements, many which fail to take into consideration calcium metabolism. You have all heard the old saying, “You are what you eat.” In light of today’s food supplies, it may be more apropos to say “You are what you absorb.” A mineral that is not absorbed cannot get into the bones; it just floats in the blood stream and then forms deposits in the joints. The amount absorbed is more important than the quantity consumed.

The type of minerals in the formula determines the absorption levels: Opti-Cal/Mag with Vitamin K2 is a co-enzyme complex, heat-stabled molecules that must be associated with another enzyme for them to perform their function in the body. It is necessary in the utilization of vitamins and minerals for proper delivery to the cell nucleus. One study found that Opti-Cal/Mag complex is 8.79 times more absorbed into the blood than calcium carbonate and 2.97 times more than calcium gluconate. 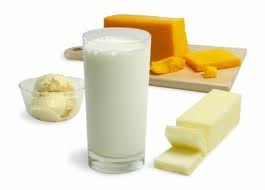 Dairy – One of The WORST Foods for Calcium Absorption

Another fact most people are unaware of is the myth promoted by the dairy industry that consuming pasteurized dairy products such as milk or cheese increases calcium levels. This is totally false. The pasteurization process only creates calcium carbonate, which has absolutely no way of entering the cells without a chelating agent. So what the body does is pull the calcium from the bones and other tissues in order to buffer the calcium carbonate in the blood. This process ACTUALLY CAUSES OSTEOPOROSIS. Milk definitively does not do a body good if it’s pasteurized.

Dairy contains too little magnesium needed at the proper ratio to absorb the calcium. Most would agree that a minimum amount of Mag in the Cal. to Mag Ratio is 2 to 1 and preferably 1 to 1. So milk, at a Cal/Mag ratio of 10 to 1, has a problem. You may put 1200 mg of dairy calcium in your mouth, but you will be lucky to actually absorb a third of it into your system

Consider, why is it that the elderly bent over double with osteoporosis even after they ate plenty of dairy and took the doctor recommended calcium supplements most of their adult life? Could it be that pharmaceutical conglomerates know that dairy (and most doctor recommended calcium supplements) are not a good source of calcium, but they tell you they are because they don’t really want the “calcium” to stave off osteoporosis…they would much rather sell you Fosamax instead.

1. Eat calcium rich foods
Eat foods high in calcium. The best food sources are non-pasteurized raw dairy sources such as raw milk/yogurt, as well as bony fish, such as sardines. Leafy green veg such as kale, broccoli and spinach are also rich in calcium. Dried herbs and dried fruits such as figs and currants are also good choices. Seeds such as sesame, chia and flax are also rich sources of calcium. Also, enjoy foods that contain sulfur such as garlic and onions.

2. Food selections/combinations are critical
Try not to eat whole grains and calcium-rich foods at the same time. Whole grains contain a substance that binds with calcium and prevents proper absorption. Some foods that contain compounds such as oxalic or phytic acids, such as sweet potatoes, beans, rhubarb, celery and beets, can also decrease the amount of calcium that’s absorbed when eaten at the same time as calcium-rich foods.

3. Avoid the causes of mineral excretion
Pass on phosphate-containing foods such as soft drinks. Phosphorus causes the body to excrete calcium. Limit or avoid high-protein animal foods. A diet high in protein causes calcium to be excreted from your body. Decrease caffeine consumption. People who smoke have significantly lower bone density, while drinking alcohol can also prevent your bones from absorbing the maximum nutrients from your food.

4. Get more Sunlight and Vitamin D
Vitamin D helps the body absorb calcium. Although some is found in oily fish, our main source comes from the effect of sunlight on your skin. It’s estimated that half of us have a deficiency because we don’t get outside enough or because we always use sunblock. It is especially important to maximize sun exposure between May and September to keep vitamin D levels topped up. Just 10 minutes of sunlight a day on bare arms and your face can cut your risk of bone fractures by a third. A half hour exposing your torso is equivalent to roughly 10,000 units of Vitamin D.

5. The right exercise
Another vital way to boost your bones is weight-bearing exercise –basically anything that has you upright and using your body weight. Good choices include squatting, rope skipping, aerobics, plyometrics, dancing or brisk walking. “Research shows that if you don’t exercise you end up weeing out all the calcium you take in instead of storing it in your bones,” warns Professor Dawn Skelton, an aging and health specialist at Glasgow Caledonian University. “Ideally we should aim for 150 minutes of moderate activity per week. “Put simply, the more hours we spend on our feet, the fewer bone breakages we should have in later life.”

6. Avoid Medications and Medical Therapies
Acid-blocking medications used for heartburn and other gastrointestinal conditions can block the absorption of calcium through the stomach walls. Stomach acids break down food during the digestive process, allowing the nutrients to become absorbed into your body. Medications designed to stop acid production or decrease the amount of acids present in your stomach can have a negative effect on calcium.

Marco Torres is a research specialist, writer and consumer advocate for healthy lifestyles. He holds degrees in Public Health and Environmental Science and is a professional speaker on topics such as disease prevention, environmental toxins and health policy. 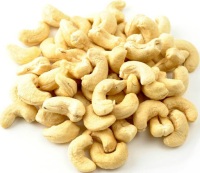 1. Cancer Prevention
Cashews are ripe with proanthocyanidins, a class of flavanols that actually starve tumors and stop cancer cells from dividing. Studies have also shown that cashews can reduce your colon cancer risk. Their high copper content also endows the seed with the power to eliminate free radicals and they are also good sources of phytochemicals and antioxidants that protect us from heart disease and cancer.

2. Heart Health
Cashews have a lower fat content than most other nuts and most of it is in the form of oleic acid, the same heart-healthy monounsaturated fat found in olive oil. Studies show that oleic acid promotes good cardiovascular health by helping to reduce triglyceride levels, high levels of which are associated with an increased risk for heart disease. Cashews are wonderfully cholesterol free and their high antioxidant content helps lower risk of cardiovascular and coronary heart diseases. The magnesium in cashews helps lower blood pressure and helps prevent heart attacks.

3. Hair and Skin Health
Cashews are rich in the mineral copper. An essential component of many enzymes, copper plays its part in a broad array of processes. One copper-containing enzyme, tyrosinase, converts tyrosine to melanin, which is the pigment that gives hair and skin its color. Without the copper cashews are so abundant in, these enzymes would not be able to do their jobs.

4. Bone Health
Cashews are particularly rich in magnesium. It’s a well-known fact that calcium is necessary for strong bones, but magnesium is as well. Most of the magnesium in the human body is in our bones. Some of it helps lend bones their physical structure, and the remainder is located on the surface of the bone where it is stored for the body to use as it needs. Copper found in cashews is vital for the function of enzymes involved in combining collagen and elastin, providing substance and flexibility in bones and joints.

5. Good for the Nerves
By preventing calcium from rushing into nerve cells and activating them, magnesium keeps our nerves relaxed and thereby our blood vessels and muscles too. Too little magnesium means too much calcium can gain entrance to the nerve cell, causing it to send too many messages, and leading to too much contraction.

6. Prevent Gallstones
Data collected on 80,718 women from the Nurses’ Health Study demonstrates that women who eat at least an ounce of nuts each week, such as cashews, have a 25% lower risk of developing gallstones.

7. Weight Loss
People who eat nuts twice a week are much less likely to gain weight than those who rarely eat nuts. Cashew nuts are indeed relatively high in fat, but it is considered “good fat.” This is attributable to the ideal fat ratio in the nut, 1:2:1 for saturated, monounsaturated, and polyunsaturated, respectively, which is recommended by scientists for tip-top health. Cashew nuts contain less fat than most other popular nuts, including peanuts, pecans, almonds and walnuts. They are dense in energy and high in dietary fiber, making them a very valuable snack for managing weight gain.