Chocolate is dangerous for dogs — but that risk is highest at Christmas.

A study in the BMJ’s special Vet Edition warns of a “significant peak” in the risk of chocolate poisoning in dogs over the holidays.

Chocolate contains a chemical called theobromine, a stimulant similar to caffeine. Humans can handle it, but it’s nasty stuff for our four-legged friends. It can cause vomiting, diarrhea, increased heart rate and even seizures.

“Humans process it very quickly, so we can eat chocolate with gay abandon,” P-J Noble, a veterinarian at the Small Animal Teaching Hospital in Liverpool, U.K., and one of the authors of the study, told CBC’s Kas Roussy.

“In dogs, they don’t get rid of it very quickly.  It hangs around and builds up to toxic levels very easily.”

Researchers have known for some time that chocolate and dogs don’t mix. But Noble and his team wanted to find out whether dog exposure to chocolate was tied to any of the big holidays — Christmas, Easter, Valentine’s Day or Halloween. 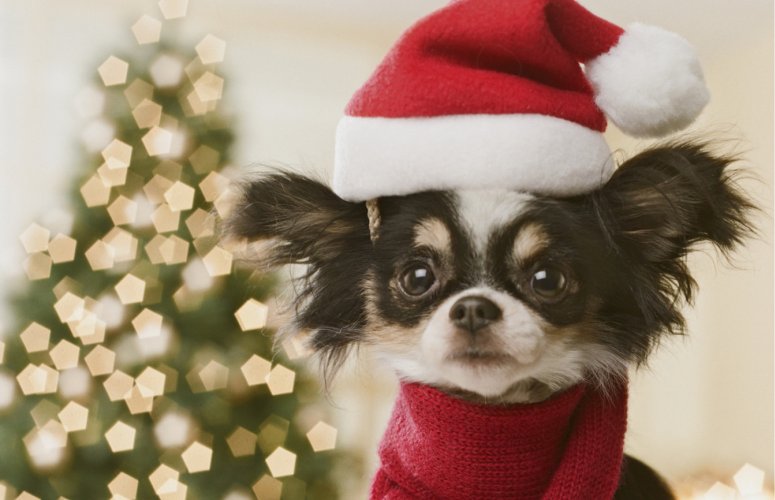 After reviewing millions of electronic health records from 500 vet clinics in the U.K., they found Christmas beat them all when it came to chocolate exposure.

Santa Claus figurines, Advent calendars, and Christmas tree decorations made of chocolate were high on the doggy list of favourites.

But who can blame Fido for sticking his snout where it doesn’t belong? Dogs like sugar, and when it’s on display it’s hard to resist.

“I would feel ill after that,” says Noble.

None of the more than 300 cases of chocolate poisoning reported in this study was considered life-threatening, but too much of a good thing can be bad. When ingested in large amounts, chocolate can be fatal for dogs, especially if it’s of the darker variety, Noble said.

So, Merry Christmas to all, say Noble and his colleagues, “but keep the chocolate away from your dog. Because no one wants to be going to the vet on Christmas Day.”