A new study finds brain and lymphatic connections change how we might view our capacity for being social.

Self-help authors have collectively made billions off books that are essentially how-to guides on winning friends and influencing people. There may be some useful insights in those tracts—hey, use everything ya got—but a new study suggests sociability isn’t just a matter of temperament, agreeableness, quick wit or sustaining eye contact during conversations. In some ways, it comes down to biology. According to a new study, the health of your immune system is directly correlated to the healthiness of your social life.

Detection of the link was made possible by a groundbreaking scientific discovery last year. The brain and immune system aren’t fully discrete, but instead are actively engaged with each other. This finding presented a game-changing new fact; a Discovery article on the revelation was titled “They’ll Have to Rewrite the Textbooks.” Writer Josh Barney described the conclusion, that “the brain is directly connected to the immune system by vessels previously thought not to exist,” as one that stunned the scientific community. “I really did not believe there were structures in the body that we were not aware of. I thought the body was mapped,” Jonathan Kipnis, a neuroscience professor the University of Virginia study co-author, marveled.

The new study, which builds on those findings, sheds light on how that interconnectedness influences our social behaviors. Researchers involved in the 2015 study noted that an immune molecule called “interferon gamma” seemed to play a key role in social behavior, and as Science Daily writes, “flies, zebrafish, mice and rats, activate interferon gamma responses when they are social.” Production of that same molecule happens when bodies encounter pathogens—“bacteria, viruses, parasites” and the like—and ensure the immune system functions as it should. When scientists blocked the molecule in mice, the mice turned largely antisocial and their immune systems suffered. When they turned its production back on, in addition to the expected immunoresponse, researchers noticed the mice also became far more interested in hanging out with other mice. Their obvious conclusion? Interferon gamma, and the health of an immune system, play a “profound role in maintaining proper social function.”

“Not only are we showing that [the brain and the adaptive immune system] are closely interacting, but some of our behavior traits might have evolved because of our immune response to pathogens,” Kipnis told Science Daily. “It’s crazy, but maybe we are just multicellular battlefields for two ancient forces: pathogens and the immune system. Part of our personality may actually be dictated by the immune system.”

While all this likely brings up a lot of questions, an obvious one is, why is this true? Why does having a compromised immune system affect our social skills? Researchers see some practical reasons for this evolutionary development. 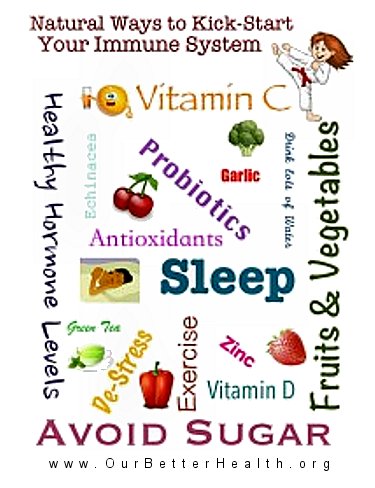 “The hypothesis is that when organisms come together, you have a higher propensity to spread infection,” Anthony J. Filiano, lead author of the study, told Science Daily. “So you need to be social, but [in doing so] you have a higher chance of spreading pathogens. The idea is that interferon gamma, in evolution, has been used as a more efficient way to both boost social behavior while boosting an anti-pathogen response.”

Speaking to the Atlantic’s Julie Beck, UMass Medical School professor and study co-author Vladimir Litvak explained further. “Naturally if individuals tend to spread diseases, that could easily result in extinction of the whole colony. So you have to have a very strong immune response.”

In other words, when your immune system isn’t in the best state, maybe you feel less like getting together with all your very nice—but germ-carrying—friends because your body’s not in the best state to fend off potential illnesses.

Taken together, these studies may hold massive implications for the future treatment of psychological conditions that have long baffled us. As Beck notes, “immune system dysfunction is linked to several diseases that involve social dysfunction—dementia, schizophrenia, and autism spectrum disorder among them.” In the future, a first step to address these disorders might begin with paying medical attention to their immune systems. The idea—which is not yet a done deal, since there’s lots more studies to be conducted—could upend our traditional thinking about approaches to treatment for psychiatric conditions.

“A lot of the preclinical studies have targeted synapses in the brain, and all of these therapies have failed,” study author Filiano said to Epoch Times. “The immune system, just because of our access to it, is a lot easier to target.”

Kali Holloway is a senior writer and the associate editor of media and culture at AlterNet.
source: www.alternet.org